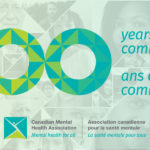 The Canadian Mental Health Association is one of the oldest continuing voluntary health organizations in Canada.

It began existence as the Canadian National Committee for Mental Hygiene (CNCMH), founded by Dr. Clarence M. Hincks and Clifford W. Beers in January 26, 1918. Hincks was very interested in the field because he had experienced bouts of mental illness.

The Globe and Mail reported the group’s formation under the headline:

A short historical note records the purposes and objectives of the Canadian National Committee for Mental Hygiene, as tentatively described at that first meeting. They included:

Hincks solicited friends and professionals to join the committee, with an emphasis on those in the medical profession. He already had the backing of C.K. Clarke, Dean of Medicine and Professor of Psychiatry at the University of Toronto; his persuasive address to the medical faculty of McGill won him its unanimous approval.

Hincks then established a Board of Directors. He asked 20 business and professional leaders to sit on the Board; 18 accepted. Among them were Lord Shaughnessy, President of the CPR; Richard B. Angus, Montreal financier and philanthropist; Dr. C.F. Martin, Professor of Medicine, McGill University; Sir Vincent Meredith, President, Bank of Montreal; and F.W. Molson, President of Molson’s Brewery. Each agreed to pledge $1,000 a year for three years towards the expenses of the new organization.

Hincks gained further support through an innovative series of “drawing-room meetings.” These were afternoon teas hosted by socially prominent women, each of whom invited her wealthy and influential friends. Hincks would present a speaker, his friend and co-founder Clifford W. Beers, author of the book A Mind That Found Itself. It gave a graphic account of Beers’ own mental illness and the treatment he received, some of it rather abusive and even cruel.

Hincks’s extended the strategy to homes of friends in Quebec City, Montreal and Ottawa. It proved very successful: he recruited an impressive list of potential members and donors.

The first official meeting of the CNCMH was held in Ottawa on April 26, 1918. A provisional constitution was adopted. Dr C.F. Martin, Professor of Medicine at McGill University, was elected President. Dr C.K. Clarke was appointed Medical Director, and Dr. C.M. Hincks was appointed Associate Medical Director and Secretary.

In the fall of 1918, the Committee established itself at 143 College St. in Toronto. Joining Clarke and Hincks were Miss Marjorie Keyes and two secretaries, Anne Abbot and Doris Secord. Miss Keyes was a graduate nurse who had been associated with Dr. Clarke and Dr. Hincks at the Out-Patient Psychiatric Clinic at Toronto General Hospital. During the summer of 1918, Miss Keyes prepared for her new role by taking psychiatric studies at Smith College.

Lieutenant Colonel Colin Russel soon gave the CNCMH an opportunity to undertake an important project. Russel was the consultant neurologist to the Department of Soldiers, and had visited many of the provincial mental hospitals which were caring for soldier patients. He was particularly distressed with those facilities in Manitoba. That province’s government included with the mental hospitals in the province, all the institutions presently caring for the mentally disordered or defective including jails, schools, special homes and juvenile courts.

On September 30, 1918, Hincks and Keyes arrived in Winnipeg, where they visited several institutions. They also toured the Salvation Army Industrial Home and the Home for Incurables in Portage la Prairie and were so shocked by what they found that they immediately returned to Winnipeg to consult with government representatives. The CNCMH prepared a confidential report on its findings which was submitted to the government and the Public Welfare Commission.

As a result of the Manitoba Survey, and that province’s quick response in implementing the recommendations, other provinces became interested in having similar surveys. During the next four years, requests for surveys were received from British Colombia, New Brunswick, Nova Scotia, Prince Edward Island, Alberta, and Saskatchewan. As in Manitoba, these surveys included all institutions.

The CNCMH also was very involved in the plight of soldiers. It became evident to Hincks that soldiers under care were not receiving adequate treatment. Assisted by Miss Keyes, Dr. Clarke conducted a quick inspection soldier patients in 10 hospitals in the western. The results of this preliminary survey were published in 1920. Highlighting the problem of shell shock and other neuropsychiatric disorders affecting so many able-bodied men helped pave the way for the work of the National Committee.

The CNCMH was also interested in advocated improvements to the psychiatric screening of immigrants. Dr. Clarke’s lectures and official reports emphasized this fact.

Schools were another areas of involvement. Dr. Hincks and Dr. Helen MacMurchy pressed for surveys to assess the extent of intellectual disability and other psychiatric disorders among schoolchildren and to provide support for the establishment of auxiliary classes for the special education of such children. In its first five years, the CNCMH built a firm foundation for meeting the objectives established in 1918. Surveys on the care and treatment of people suffering from mental disorders were conducted in every province. Mental hospitals in all provinces, except Ontario and Quebec, were inspected at the request of provincial governments. The extent of mental disorder was found to be greater than expected, and preventive programs were non-existent. In accordance with the committee’s recommendations, provincial governments spent over six million dollars on improving facilities for the mentally ill.

CNCMH surveys of schoolchildren, conducted in several centres in Ontario and Quebec, resulted in over 150 special classes for children with intellectual disabilities being established by school boards. Mental Hygiene clinics were promoted and, in some cases, partially supported. A study of the psychiatric screening of immigrants resulted in a reduction of the number of new Canadians with mental disorders. The problem of “shell shock” and the rehabilitation of soldiers suffering from mental and nervous disorders was addressed through co-operation with DSCR and the Director General of Medical Services in the army. A beginning was made on public and professional education in mental hygiene and psychiatry. 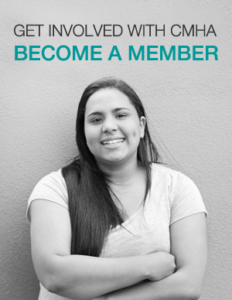